'The most important political office is that of the private citizen' 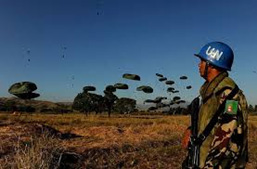 This component will explore the access points of participation in the United Kingdom and is suited for students who have an interest in political participation. Students will learn key political terms which will allow them to converse fluently with fellow students and teachers regarding the subject area. Students will examine the prevalent political ideologies in the UK, socialism, liberalism and conservatism and how they have shaped the political system in the UK. Discussion will centre on how power is transferred peacefully from one party, person or institution to another.

There is a greater focus in this component on the political institutions in the UK, the executive, legislature and judiciary, and the often contentious relationship between the three which either upholds or undermines the system of checks and balances. We will analyse how the British political system has developed over time and look at the powers exercised by these bodies. It will suit those students who have an active interest in current affairs and wish to further their knowledge of the way the country is run. Students will also get an opportunity to study, more extensively, ideologies that are becoming more and more prevalent; including feminism, nationalism and multiculturalism.

Component 3: Comparative Politics of the USA

This component will encourage students to utilise the knowledge they have acquired and draw parallels between the UK political system and US institutions. The US political system is fundamentally based upon a system of checks and balances outlined in a Constitution which the UK lacks; it is these differences that students will be encouraged to explore. Students will develop on ideas of representation, power, authority, special interest and the discrimination that exists against those that don't fit in with mainstream or dominant ideas. Candidates will take a keen interest in American current affairs to ensure they are up to date and are able to use relevant current affairs examples to support theories.

Politics enables students to hone their skills of evaluation. The major emphasis of this Politics course is the development of written and verbal communication. This course will enable students to critically analyse current political affairs and relate the theory of Politics, core ideas, to the political events occurring in the UK and USA. The expectation of students to stay on top of current affairs means that they will have learnt research skills that prepare them for the independent study that is required in their A Levels as well as for higher education. More importantly; students will have a healthy grasp of issues that affect their everyday lives, equipping them with the knowledge they require to advance a career in almost any field.


Structure of the Course

This course will be taught in 6x 1hour lessons per week. Homework and deadlines must be adhered to in order to progress and achieve the student's full potential. Lessons will consist of debate and the development of written responses. Students will become acquainted with news outlets and resources to assist them in research. They will also have a trip to UK Parliament and the Supreme Court to look forward to. Students will be expected to read a broadsheet newspaper every day to become familiar with political terminology. Staying up to date with current affairs is essential as this forms the link between theory and practice which is imperative for all students to attain the highest marks in exams.

Students are not encouraged to use textbooks for this course, however, the reading of broadsheet newspapers such as a The Guardian and The Times. The Economist also offers students a strong foundation for creating comparative essays. Watching Newsnight, Sunday Politics and Question Times will display to students how to debate topical issues and use correct terminology also.