Who should study English Literature? 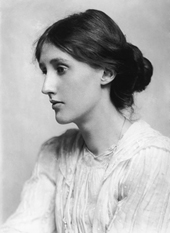 If you want to study English at A-level you must enjoy reading books and writing essays. You will already be a keen reader outside the classroom. English Literature at A-level has a depth and scope that is far beyond GCSE and even AS courses. During your A-level course, you will study a selection of prose, poetry and drama. You will be expected to articulate your ideas in class and on paper. English Literature works very well with almost any other subject, but particularly History, Philosophy, Religious Studies and languages.

What does the course aim to do?

English A-level courses aim to develop your ability to interpret and write about literary texts. The Edexcel syllabus allows you to study a wide range of texts from different historical periods. The course also puts an emphasis on independent thinking, assessed through one 3,000 word coursework essay.

Section A: one essay question on Hamlet

Section B: one essay question on A Streetcar Named Desire

One comparative essay on Wuthering Heights and Mrs Dalloway.

Section A: one essay on an unseen poem and one poem from Poems of the Decade

Section B: one essay question on English Romantic Verse

What skills will you develop?

English Literature helps you to develop a wide range of skills. For a start, you will develop your ability as an independent reader and thinker. The analytical skills that you will build in your study of literature will be applicable in many other fields. You will be doing a lot of writing, so you should expect to develop an ability to write clearly and to assemble complex arguments. The ability to write well is an advantage on every university course and in every workplace.

What will you find challenging about the course?

You should not underestimate the sheer volume of reading required for English Literature A-level. The independent work required for the coursework element can be hugely rewarding, but it can also be very difficult, as, perhaps for the first time, you will be expected to develop you own arguments and interpretations about the books that you are reading. Making the transition from GCSE can be challenging for many students.

With the guidance of your teacher, you will choose two texts, linked by author, theme or period. You will write one 3000-word essay comparing the texts.

Structure of the course

You will have six one-hour lessons per week. Homework will be set weekly and deadlines must be adhered to.