Why choose Edexcel AS Level Spanish? 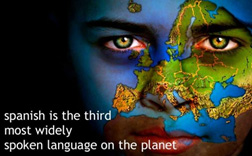 The new Edexcel AS Level in Spanish has been developed to inspire all students who have an appreciation of the language, literature, film and culture of the Spanish-speaking world.

Inspiring and engaging Themes
- There are familiar and popular themes as well as some new content that provides clear links to some of the most fundamental and interesting aspects of the culture of the target language country and communities.

How do students benefit from Spanish AS?

It is anticipated that students will:

Structure of the Course
This course will be taught for 5x 1hour lessons per week. Homework will be set weekly and deadlines must be adhered to. Reading of textbooks is essential.