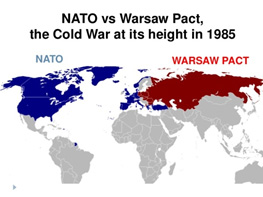 History at IGCSE provides students with a broad knowledge of modern world history, dealing with major events and developments which continue to have consequences to this day. Also, they concern major political controversies which are also very relevant to our time. IGCSE History will also equip students with a broad range of skills needed for future academic study and employment. Students will gain an appreciation of evidence when forming a point of view and learn to construct intelligent and well-reasoned arguments, critical judgments and evaluations. In their essays and assignments, students will need to call upon these skills as well as the knowledge they will need to have amassed.

For IGCSE, Albermarle College offers the Pearson Syllabus. This course offers a broad perspective of historical themes primarily concerning the USA, Europe and the Middle East. The course complements many other humanities and social science courses.

In all, there are four areas of history to study ranging across the Twentieth Century:

1. A World Divided: Superpower Relations, 1943-72
This charts the origins of the Cold War, through important events such as the fall of Eastern Europe to communism, the Berlin Blockade, the formation of NATO, through to the Cuban Missile Crisis and beginnings of Détente.

2. The Vietnam War, 1945-75
Exploring reasons for increasing American involvement in South East Asia by successive presidents, this unit will examine key events such as the Tonkin Gulf Resolution and the Tet Offensive. It will also analyse the reasons for America's failure by looking at both military and political arenas.

3. The Development of Dictatorship: Germany 1918-45
This will examine the effects of Germany's defeat after the First World War, the rise and fall of the Weimar Republic, the reasons for Hitler's rise to power and the examination of the Third Reich domestically and at war.

4. Conflict, Crisis and Change: The Middle East, 1917-2012
This unit investigates the Zionist ambition to create the state of Israel from the Balfour Declaration to the UN partition plan in 1948. It will also examine the major conflicts over Suez, the Six Day War, Yom Kippur and the rise of the Palestinian Liberation Organisation.

Students will have 3x 1 hour lessons per week

Lessons will use a variety of methods, the most dominant of which will be lectures and discussion of the subject content. There will also be several films to study and many assignments which must be completed by set deadlines. There will also be many opportunities to develop examination skills and techniques with frequent mock exams.

There will be substantial materials provided for students throughout the course by their teacher, but students may be recommended to purchase additional publications to assist with the learning of students.

Textbooks that could be helpful to provide basic knowledge such as:

Students should also develop their contextual knowledge to help them understand the main issues that surround the conflicts that they will be exploring such as: